Native Advertising and Content Marketing – What It Is, Why It Matters 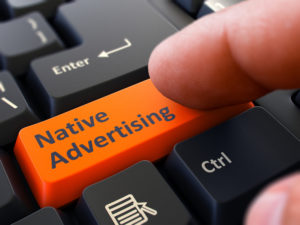 Several weeks ago, your friends at bfw Advertising wrote a thing on mobile and digital ad blockers. Now we’ll tell you about a couple of mediums that many hope will counter the ad blockers – native advertising and content marketing. But as we’ll see, these tactics are not just an attempt to thwart ad blocking. When done well, they can inspire the audience to engage, interact, share the link, and purchase the content.

What is Native Advertising?

Many major publishers and advertisers have been experimenting with online native advertising in a big way. Publishers see it as well-suited to their online and mobile offerings. Popular social media networks like Facebook, Twitter, LinkedIn, Snapchat, Pinterest, and Instagram are designed to favor native advertising. And for advertisers, native advertising is an intriguing option to offer audiences something compelling and shareable. 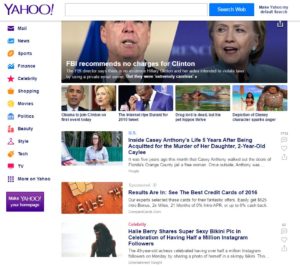 Yahoo offers a good example of Native Advertising from a classical perspective. The search engine and news aggregate for years has successfully integrated paid advertising within their content in a way that makes an advertisement look like just another news article.

A fair amount of controversy exists around native advertising in newspapers and magazines, based on concern it will bamboozle audiences. But with publishers having challenges with revenue, many venerable newspapers and magazines are accepting native advertising. Some are doing more than accepting its placement. Publishers like the New York Times, The Onion, The Wall Street Journal and Time have created their own advertising content studios.

Native advertising isn’t a completely new idea – “advertorials” have always been common sights in newspapers and magazines. Like their online cousin, they suffer from the perception of being an attempt to trick readers. It doesn’t help that many are created without much of an intelligent idea or an eye on craftsmanship. Hopefully, the exploding interest in native advertising will correspond with greater efforts to make them worth the audience’s attention.

A “best-of” list from 2015 provides a sample of what can be done with the medium. The following are my favorites from the bunch:

A series of articles and videos on the Medellin Cartel, developed for Netflix original series Narcos.

A beautiful article on how observing nature influences technological innovation, including the innovation at GE.

Technologies such as Virtual Reality (VR) have the potential to create more immersive native advertising experiences. For example, the GE article referenced above offers a robust VR component. It’s viewable with the very affordable Google Cardboard, which works with smartphones, as well as many other VR viewers available on the market.

It makes a lot of sense for premium publishers like the New York Times and high-tech brands like GE and Google to connect their brands to VR. As VR grows more affordable, realistic, and user-friendly, opportunities for marketers to utilize it will grow as well. VR will be a boon to many industry categories. For example, imagine using a VR app to remodel your living room or take a VR tour of a luxury cruise ship.

Many leading social networks have demonstrated an ambivalence to, or outright rejection of, display ads. On the other hand, most are very open to native advertising by incorporating copy, visuals, links, and sometimes video. Facebook, Twitter, Pinterest, Instagram, Snapchat, to name a few, have guidelines and tools for creating native advertising on their platforms.

Facebook hosts a yearly awards show to honor creative advertising on its platform. Perusing these examples, it seems only some of them are using the attributes of Facebook in a unique manner. But it is great that Facebook is taking steps to educate and reward marketers for creative work.

According to Wikipedia, “content marketing is any marketing that involves the creation and sharing of media and publishing content in order to acquire and retain customers.” In content marketing, brands and their marketing partners take a greater role in distributing their own content rather than relying on paid media. Modern content marketers use one, or several, of the tools and platforms available. Brands often curate their own channels on social media platforms, their own websites, and blogs. They use a variety of earned and paid media to drive traffic to their channels, and entice audiences to provide their information for direct marketing efforts like email marketing.

Farmers don’t just grow crops – they run businesses. Every year, farmers have to decide how much they want to invest in fertilizer based on the future value of their crops. A website, blog, and online/mobile apps offer resources and tools farmers can use to make smart business decisions.

New marketing tactics and technologies offer brands many wonderful possibilities. But as we plan for the future, it’s important to remember that ideas are still the key to success. The results delivered by whiz-bang marketing technology will be handicapped if the idea doesn’t resonate with the audience. Furthermore, a great idea can make a marketing investment outperform expectations. So in the end, the human brain is still the most powerful marketing technology.

The latest technologies and tactics are in our toolbox. But we don’t choose particular tools because they’re trendy. We use them because they’re the right tools for the project. Everything we do is driven by our insight into audiences and our creative skills. We are a team that acts with one purpose – delivering great results.