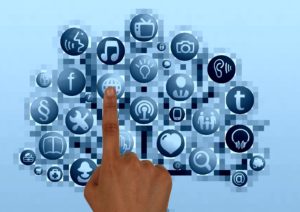 Brands with niche target audiences are leveraging “social media influencers” to get their content out to the right customers more than ever before.

But who are these influencers? They’re typically individuals or small organizations within a particular industry, culture or socio-economic state who maintain an unshakable trust with their audience. This trust is often far more established between influencers and their audience than relationships between vendors and their targets.

Followers of many social authorities are loyal to their identity. In a number of ways, they trust and relate to the content he or she distributes on a greater scale. It’s a more personal relationship.

Aside from reach itself, this strategy also creates a much higher level of engagement. While reach is important, influence is more valuable from a conversion standpoint.

If a brand is able to connect with an influencer who maintains a large following of “devotees,” consumer engagement through that channel is likely to garner a substantially higher product conversion rate. According to a January 2016 study conducted by eMarketer, consumers are three to 10 times more likely to convert when an influencer promotes a brand’s content. 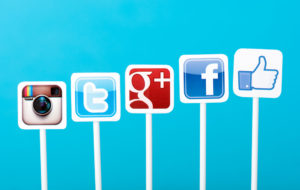 Right now, Instagram is one of the most effective social media platforms for marketing via an influencer. Instagram accounts with large, committed followings provide unprecedented reach – simply because devotees can’t avoid seeing a post in their content feed unless they unsubscribe from following the account. 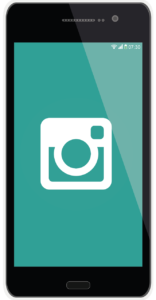 The most effective influencers on this platform are the ones who commit to a style of content, while simultaneously engaging their followers by responding to comments. Successful Instagram accounts not only stick to a particular niche – but they also have consistency in the type of content they distribute. That can range from telling photography that focuses on a particular angle or filter, to memes, or simply witty quotes.

Not far behind Instagram lies Twitter. While some will argue that Twitter is actually a more effective influencing tool, we believe that Instagram is more effective at capturing customers who are already further down on the conversion funnel.

How effective? Apparently it’s sufficient enough for some companies to consider paying influencers as much as $20,000 for a tweet – and that’s undervalued. According to Opendorse CEO Blake Lawrence, Cleveland Caveliers forward Lebron James’ individual tweets are worth as much as $140,000. “We’re basically saying that the value of one LeBron tweet is worth $140,000,” he continues, “and with that, you will reach 23 million people. It would cost you five times more to reach that many people with a TV ad.”

There are other social platforms and more diverse strategies that can be implemented to capture the attention of a loyal following – but given the organic reach of Instagram and Twitter, these two will likely remain the most effective throughout 2016. Other platforms, such as Facebook, are beginning to improve the reach of organic content.

Outside of employing influencers who have a social presence, brands can also look into more efficient leveraging of sponsored native content and affiliate marketing.

So how are brands initiating these relationships? First, they must be open to a potential long term commitment. Not every partnership will be successful, but brands should at least recognize that the potential for a profitable partnership could exist in the future. More often than not, these relationships are initiated by the brand or the agency that represents the brand. 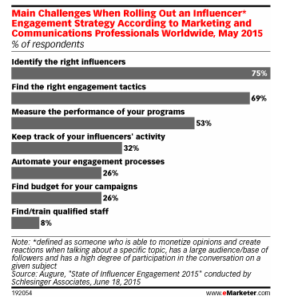 Beginning a Relationship with an Influencer

Brands should first recognize who the influencers are within their industry. Once a target has been identified, independent research is conducted into both the reach and engagement metrics of the individual or organization.

Prior to approaching anyone, agencies and brands should have an internal discussion as to how the story of the brand should be conveyed to an influencer. The story should evoke an emotional connection, while at the same time dictating in a concise manner how the brand’s product(s) could bring value to an influencers following.

Next — a conversation. A discussion with the influencer as to how their own personal brand began. This helps to establish an emotional connection. From there, brands should “test the waters” with the influencer prior to making any serious financial commitments. This can be achieved by sending the social authority “swag” in exchange for product promotion. This is essentially a low cost way to not only give the influencer a form of payment in exchange for exposure, but also the first step in establishing a level of commitment.

For instance, let’s say your branded Instagram account boasts 7,000 loyal followers who maintain a strong personal interest in the travel industry. Accounts with followers of this magnitude are frequently approached by hotels, airlines and tour companies who are eager to get their products and services in front of consumers actively engaged with the industry.

In exchange for a picture of their product or service on your content feed, a merchant may offer a sample of their product; free hotels stays, or even a free flight. This is often the first step in establishing a partnership. If the picture is successful in garnering not only likes, but also conversions, the advertiser will typically offer monetary compensation in exchange for continued exposure. 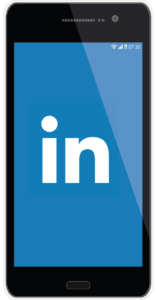 Influencers and the B2B Marketing Strategy

At the end of the day, B2B marketers are looking at the same content as B2C marketers. The trick, however, is to locate industry thought leaders who maintain a substantial influence within their individual market but who also aren’t impossible to reach. This is a little trickier when compared to B2C, but just as effective once the right connection has been made.

First, attempt to identify where your targets seek information. A good B2B social platform to start with is Linkedin. Search your connections that hold weight within both their market and network. What sort of content are they sharing and engaging in? It’s not necessary to solely target individuals who make decisions on purchases. Also seek out industry professionals who might influence a purchase decision.

Leverage the connections you already have, and then be sure to connect with anyone in your target market whom you also meet in person. If at all possible, research their Twitter handle and see who else they engage with.

Taking this a step further, agency marketers and brands should expand on their Linkedin reach. Seek out Linkedin groups and discussions where your target influencers frequent. Join those discussions and contribute with insightful content. Twitter chats are also a great method to join in on a niche market conversation. If at all possible, attend industry events and make an in-person connection with authority figures. Credibility at this point in time is what you need to establish, do not focus on trying to sell an influencer anything. Think of this as the beginning of a friendship.

Keep in mind that the largest, most influential industry professional might not always be the best first target. There’s a good chance others are also competing for engagement. Look for individuals who have something unique and valuable to say that are steadily on the rise within their industry. Establishing connections early on with these people can often lead to some of the most valuable relationships in the long run.

Digital marketing authorities are predicting that influencer marketing will be a hot trend throughout 2016. While the affiliate marketing concept has been around for well over a decade, social media has offered up an abundance of new platforms, angles and strategies that agencies and brands a like need to be utilizing. Aside from increased consumer engagement and conversions, influencer marketing is a much more cost effective way for brands to get their products in front of a hyper-targeted audience.

A Quick Crash Course on OTT Advertising for Pharmaceuticals and Healthcare
An Intro to Reddit, a Popular – but Frequently Misunderstood – Social Media Platform
Let’s Talk About Podcasts: Data, ROI, and More
Landing Page Trends and Insights for 2022
Geographic Penetration of TikTok and Other Top Social Media Platforms
By bfw Advertising|March 22nd, 2016|