Branding in the Purple Rain: A Look at How Big Brands Honor Beloved Figures 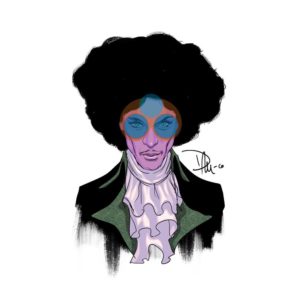 Is it possible to pay tribute to a cultural icon in 140 characters or less? Probably not, but that’s not going to stop big brand social media managers from trying. Timing is important in advertising – increasingly so now that we’re all constantly connected. And brands are beginning to see events like Prince’s death as an opportunity to empathize and connect with their consumers on a personal level. “You’re emotionally distraught about this? Aw man, so are we. Look at how human we are,” they seem to say. Brands churned out these “tributes” to Prince almost instantaneously, and although most were well intentioned, some were absolute flops.

The most effective tributes were the ones that were subtle enough to be recognized by true fans, without feeling as if the company was just pandering to consumers. They were thoughtful, tasteful, and didn’t distract from the real focus. The authenticity of something like this often has to do with the character of the person it’s paying homage to. Brands should’ve asked themselves, “what made Prince who he was?” and tried to convey this in a meaningful way.

Prince was a musical innovator. On top of being a craftsman of catchy pop anthems, he was an absolute guitar god. According to the notes for his debut album, For You, Prince played all of the 27 instruments featured. When paying tribute to a creative legend of this stature, it’s important to channel the same imagination and sincerity that the man himself did. Perhaps more importantly, Prince was cool. It could be argued that he was one of the most natural performers ever. He made shredding the guitar and belting out a wide range of vocals seem so natural – as if it was second nature to him. To the Purple One, music was just another form of communication.

So, the tributes must not only be creative, they must be as effortlessly cool as rolling out of bed with the perfect hairstyle. With these two requirements in mind, let’s take a look at what the big brands pushed out.

To me, Americana is symbolized by two things: music so inspirational that it makes your heart ache, and really badass cars. Chevrolet encompassed these attributes in their tribute to Prince. The car maker posted an elegant photo of their iconic Corvette, brandished with a play on Prince’s lyrics from his song “Little Red Corvette.” The text states “Baby, that was much too fast,” accompanied by Prince’s birth and death year. Simple, tasteful, and incredibly relevant to the pop legend, Chevy’s tribute was easily my favorite.

Prince’s connection to these two streaming behemoths is an interesting one.

During his lifetime, he adamantly opposed the direction the music industry was going in with the rise of the Internet. He was even famously quoted in 2010 stating “The Internet’s completely over.” And although the world wide web is still alive and well, I do understand Prince’s frustration – while the Internet has certainly made music more accessible, it has come at the price of the intimate connection made between artist and listener.

When Prince’s death was announced, you may have rushed to your favorite streaming platform to listen to Purple Rain, only to be greeted with nothing. As of this writing, Prince only has one of his songs on Spotify: his 2015 single “Stare.” Pandora is just as barren. The tension between Prince and the streaming services is evident, but that didn’t stop them from showing their love for the musician. Both tweeted some nice graphics with minimal branding.

We join the world in mourning the loss of a genius, a legend, and an inspiration to generations of artists and fans. pic.twitter.com/nd5OgLcRdl

Prince’s hometown team paid an awe-inspiring tribute on April 21st. He was born in Minneapolis, so the connection here is clear. A simple tweet would’ve been enough, but the Twins really went the extra mile to show their appreciation for the musician. They posted a dramatic shot of a rainy Target Field, with Prince’s image adorning the giant screens. Their message was meaningful and melancholy in the best of ways.

Fitting that it's raining in Minneapolis today. pic.twitter.com/s5KFurDhHi

Technically not a tweet, but still in the same vein, Google’s tribute was very well received. Notorious for their homepage “Doodles,” Google had something special almost immediately after Prince’s death was announced. Normally I would criticize a brand for making their logo part of the tribute, but Google has been doing this on a regular basis for years and they always execute it so well — so they get a pass. The thing I love most about these Google Doodles is that they don’t distract from the reason people go to the website in the first place: to search. They’re subtle enough that those who are out of the loop will over look them, yet clever enough to catch the attention of a true fan. Although the Doodle is long gone now, take a look at the gif image below.

Formerly known as the Minnesota Mining and Manufacturing Company, 3M produces a ton of different products used in workplaces, hospitals, and at home. From adhesives to electronic materials, 3M has been manufacturing for the better part of a century now. While they have loose ties to Prince (being from the same state and all), I doubt their corporate leaders were close enough with the pop star to get away with this. 3M’s attempt is a simple one-off that seems like a ham-fisted attempt to get them some exposure amidst the mourning. The reason Google gets a pass for making their logo part of the tribute is because it was incorporated into a crucial branding element of their website, not just an image in a tweet. Here’s an example of what not to do when paying tribute to someone over social media.

TiVo, a name that used to be synonymous with digital video recording, is doing everything it can to remain relevant lately. That apparently includes using a famous musician’s death as a brand awareness opportunity.

Instead of showcasing what made Prince great, TiVo wanted to show us how gosh darn sad they were about his death. “PURPLE TEARS” reads the hideous Microsoft WordArt/Photoshop filter hybrid. We get it, TiVo, you’re sad just like us. Please excuse me while I set my generic DVR to record the inevitable flood of Prince documentaries that will be airing in the coming months.

We are saddened today at the news of Prince's passing. His music meant so much to so many. pic.twitter.com/qMpnSO5zIq

This one really steals the show in the worst possible way. I doubt Prince and Cheerios had much of a connection, other than him maybe trying them once and then diverting his attention to a more interesting and flamboyant breakfast. Regardless, the General Mills front-runner felt obligated to “pay tribute” to the musician. When you have a color associated with your entire persona it gives the opportunity for creatives to be pretty lazy apparently. Not much related here other than the purple background – the rest is pure branding. Yikes. Cheerios was reprimanded by users for this and quickly took the post down, but it lives on in infamy.

He’s technically a brand at this point, right? I don’t have much of a comment on this one. Just see for yourself.

#supertribute to #Prince #RIP Like the world I mourn but celebrate your spirit with your music pic.twitter.com/NhdPnHRwa9

The takeaway from this is simple. These tributes can be heartfelt and genuine OR sleazy attempts at building brand awareness. Regardless, consumers are pretty darn good at separating the two and calling the latter out.

Twitter gives users a platform to directly criticize social media managers for their mistakes. Unless their love is real, brands should consider just sitting on the sidelines the next time a beloved figure passes away.

A Quick Crash Course on OTT Advertising for Pharmaceuticals and Healthcare
An Intro to Reddit, a Popular – but Frequently Misunderstood – Social Media Platform
Let’s Talk About Podcasts: Data, ROI, and More
Landing Page Trends and Insights for 2022
Geographic Penetration of TikTok and Other Top Social Media Platforms
By bfw Advertising|May 5th, 2016|